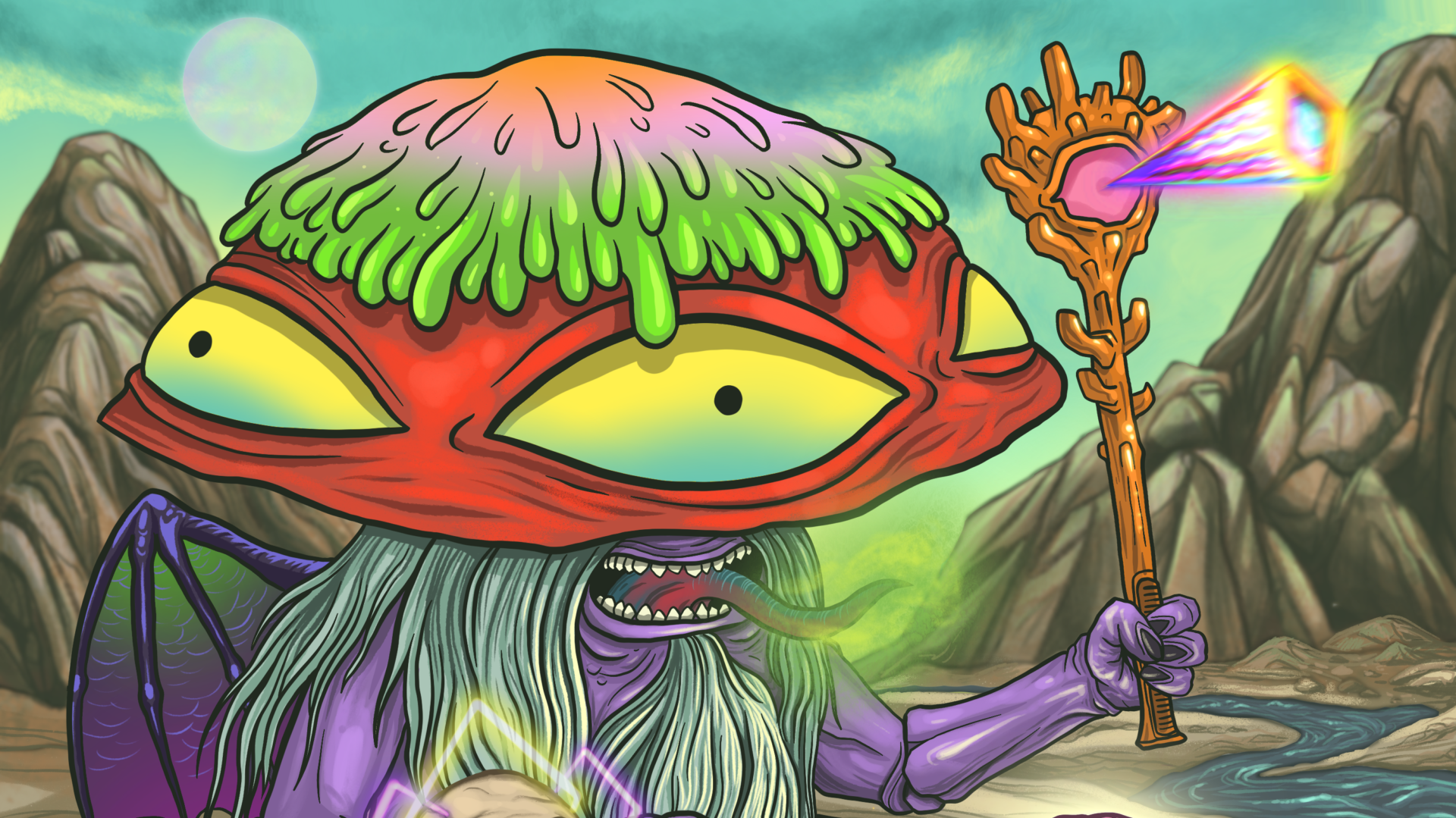 In the late 2010’s rumors of Super Secret Band began to grow around Portland Oregon. In recent months these rumors have been growing faster across the greater pacific northwest of a secret funky spacey festival band with rock fangs, jazz horns, and a powerful rhythm section. A band so super and so secret that not even the band members can acknowledge the band’s  existence. Concert goers claim Super Secret Band insists that no one should tell anyone about the band, unless of course they were doing so to tell people not to tell anyone else about the band.

In September 2021 The band released the single “Never Odd Or Even” as an NFT featuring the artwork of Portland based NFT artist Pop Wonder. This single was later released to streaming platforms worldwide via Dutch Records and is the title track of the band’s upcoming new EP Never Odd or Even.

According to anonymous eyewitness testimony Super Secret Band headlined small festivals across the northwest in 2022 and is rumored to continue sharing Super Secrets with those willing to seek them out.. The sound ranges from Rock, to Jam, to Dark Jazz, to blues, to Funk, to Ambient sections that space all the way out before converging into funky slap bass driven experiences. The band’s instrumental funky rock core highlights improvisational expression from a rotating cast of guest musicians creating a different Super Secret Experience each time.

Come to a show or book us for a new show to find out more or go here https://linktr.ee/supersecretband